Coronavirus: Please read our latest update on services and guidance about visiting the hospice.

In September last year, Rosie Dewery took on our Yorkshire Three Peaks challenge to pay a special tribute to her mum, Julie, who was cared for at the end of her life by our team in 2010. Accompanied by four close family and friends, Rosie and the group raised a staggering £6,649 for The Kirkwood.

Rosie’s mum, Julie, spent her final days on our In-Patient Unit at the beginning of 2010 and as the 10-year anniversary approached, Rosie and her family decided to mark the year by taking part in the Yorkshire Three Peaks challenge.

Rosie said: “We lost mum to oesophageal cancer 10 years ago in February 2010. We’ve always wanted to do the three peaks and as the opportunity came up with The Kirkwood, we thought we would mark the anniversary and do some fundraising at the same time.

“Mum passed away whilst at the hospice having spent around 8 or 9 days there, so we wanted to acknowledge everything they had done for us. We were quite lucky that a lot of friends and family were able to visit mum at the hospice because she was in for 9 days. They had the chance to come and pay their final respects. A lot of us have a memory of the hospice and how available they were to us all. People wanted to support The Kirkwood even though many of them aren’t from the local area.”

The Yorkshire Three Peaks challenge was set to take place back in April 2020, but due to the outbreak of the coronavirus and the introduction of a national lockdown just a month before, the event was postponed to later in the year. 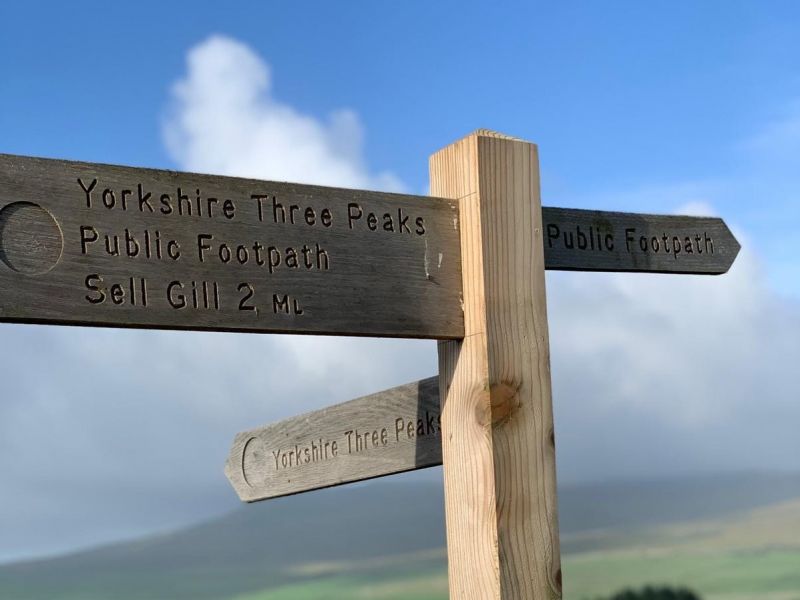 “The original three peaks challenge date was in April, being quite close to February it all tied in quite nicely. The timing didn’t really affect us in the end as we were able to raise a significant amount of money come the September” Rosie added.

Rosie, her husband Adam and her dad, Phillip, were also joined by Phillip’s nephew David and family friend Chris on the day. 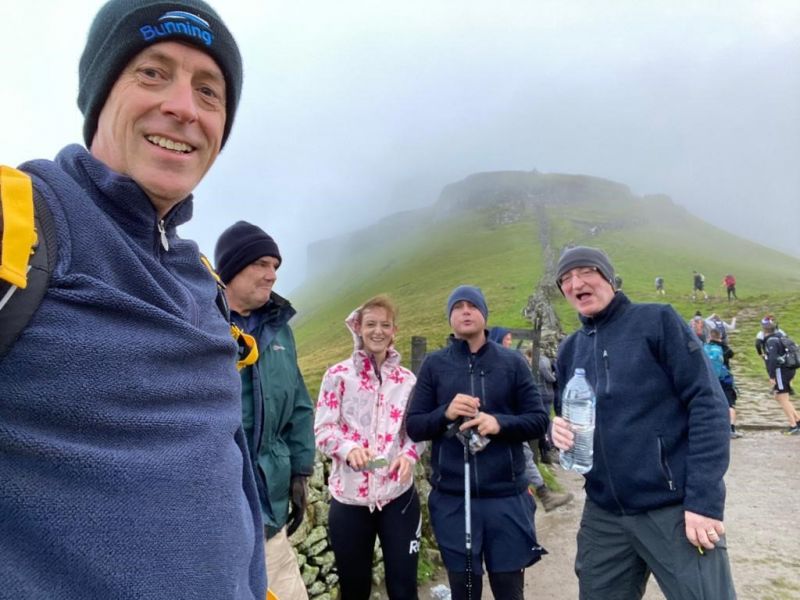 “My husband and I have been together 20 years, so he knew my mum and had a good connection with her before she got unwell. David and Chris also decided to come and support us by doing the walk too.

“We all tried to do some sort of training locally at home. Adam and I walked PEN Y GHENT in January as a single peak. We had a plan of doing each peak once leading up to the walk in April, with Whernside in February and Ingleborough in March. COVID took over those plans because we couldn’t get out to walk them and even in summer it wasn’t feasible.

“It was particularly difficult for Adam and me because we’ve got two small boys, but we are both relatively fit and active so we knew we would be able to do the distance and accepted that it would be a challenge to complete it.

“On the day, the challenge went really well. We were all thoroughly fed up by the 24th mile, that was the point we all became really fatigued. For the main part, we managed to stick together, and it was fantastic.

“Adam and I are definitely going to do it again and this time we want to do it as a challenge for time and see if we can get round a bit quicker. We managed to do it in around 11 hours 40 minutes this time.

“I would like to express our thanks to The Kirkwood, even though it was 11 years ago now that mum went to the hospice, the care she received was absolutely fantastic. We were extremely grateful as a family for what they did for us. It was really nice to be able to give something back to help other families.”

Our Yorkshire Three Peaks challenge is back for 2021, taking place on Saturday 17th April. Here, Rosie shares some tips for anyone thinking of taking part.

“I would recommend doing it to anyone, it was one of the best days that we’ve had and we really enjoyed it. It was really good all being together and speaking to other people, hearing their stories about why they were taking part.

“My only word of advice is that we read an article stating it is the most under prepared walk nationally and people think it will be a breeze but it’s not and I would absolutely echo that. Nothing prepares you for that 26-mile walk. It’s really important to get the training in and I would suggest to anyone to walk the hills at least once before doing the challenge.”